Acetic acid, CH3COOH, also known as ethanoic acid or vinegar acid, is a clear, colorless liquid or crystalline mass with a pungent odor, a melting point of 16.7°C, and a boiling point of 118.1°C. It is miscible with water, alcohol, and ether, and it crystallizes in deliquescent needles. Acetic acid, as well as its derivatives, is produced in large quantities. It is the most important organic acid and is frequently encountered as a contaminant in other organic chemical processes. Acetic acid is classified as a weak acid, but the effective acidity in aqueous streams increases rapidly with concentration. In addition to being the active ingredient in vinegar, acetic acid is required in the production of synthetic resins and fibers, pharmaceuticals, photographic chemicals, flavorants, and bleaching and etching compounds. It is used as an active raw and intermediate material for various organic syntheses and as a solvent for organic substances. 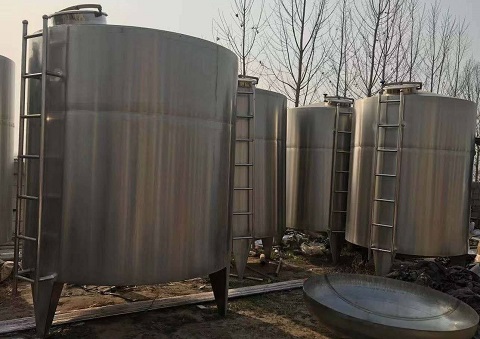 Type 304 stainless steel finds wide application in dilute CH3COOH and in the shipment and storage of concentrated CH3COOH. It is the lowest grade commonly used in acetic acid industry. Compared to types 316 and 317, it is also more cost effective. Data show that glacial acetic acid can be handled in 304 stainless steel to a temperature of about 80°C [175°F] and that 304ss has been satisfactory for lower concentrations to the boiling point of the acid. At temperatures above 60°C [140°F], use of the low-carbon type 304L is advisable for welded construction to prevent intergranular attack of heat-affected zones. Various storage and transportation tanks for acetic acids at ambient temperatures are generally made from ASTM A240 TP304 or TP304L plates or sheets.

*Base on both heat and product analysis.

*Charpy V-notch test may be performed upon client’s requirements.

Shijiazhuang Metalsin holds large inventory of ASTM A240 TP304 & TP304L plates and sheets from several prominent steel mills in China including BAOSTEEL, TISCO, TSINGSHAN, and JISCO. Any inquiry, please feel free to contact our sales team at sales@pipingpipeline.com and info@pipingpipeline.com. For project bidding, we can act as your China local agent to coordinate with big steel mills.