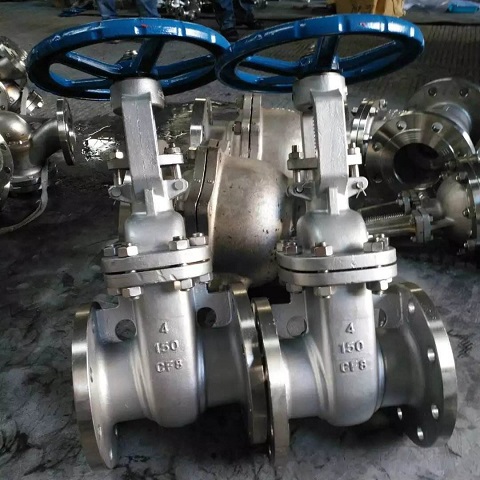 Stainless steel 304/304L cast valves denote valves with body and bonnet made of ASTM A351 Gr. CF8 or Gr. CF3 high-alloy austenitic castings. Both CF8 (304) and CF3 (304L) have the same nominal composition 18Cr-8Ni but different UNS designation, J92600 and J92500, respectively. The main difference is that CF3 has much lower carbon content. Another conventional cast steel is the plain carbon steel ASTM A216 Gr. WCB. With the addition of significant amounts of chromium and molybdenum, CF8 and CF3 have superior corrosion resistance to WCB castings. According to the empirical data, when tested in the environment of petroleum vapor under 175-psi pressure at 345°C [650°F], the corrosion rate of ss 304 casting (CF8), as measured by weight loss, is 2.1 mg per 1000 hours compared to 3040 mg per 1000 hours of WCB. Apparently cast stainless steel valves made of CF8 or CF3 can be used in such a corrosive environment.

*Liquid penetration inspection may be done on the finished castings.