The advent of ball expansion joint can date back to 1960s when it was used to prevent deformation and damage of the piping in the event of earthquake and foundation subsidence. It is also called “piping gimbal joint” or “universal rotary joint”. The ball expansion joint basically consists of a socket-like joint body and ball with a sealing mechanism placed between them. 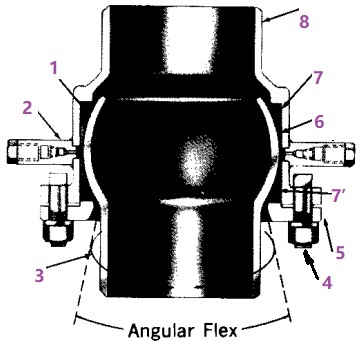 As illustrated in Figure-1, the ball is mounted to the two seat rings in the body. Sealant is injected into the cavity formed between the ball and the casing body through the plunger & cylinder mechanism. Ball expansion joints are capable of absorbing angular and axial rotation; however, they cannot accommodate movement along the longitudinal axis of the joint. Therefore, an offset must be installed in the line to absorb pipe axial movement. The ball expansion joint shall be capable of absorbing 360° rotation and ±15° angular flex of the piping. 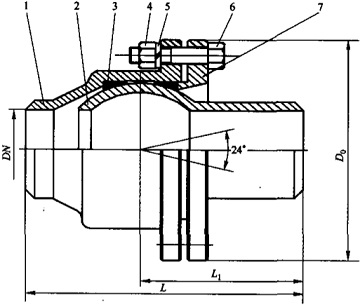 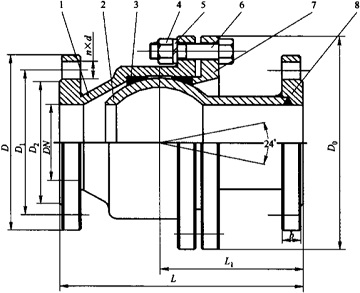 The socket body of the ball expansion joint is usually made from ductile iron (GGG 40), or cast steel (ASTM A216 WCB). The ball may be made from A105N + hard facing (chrome plated). The seat rings shall be made of PTFE, which exhibits good corrosion resistance and mechanical strength at both medium temperatures and pressures. The sealant or packing materials are usually high purity flexible graphite.

The ball expansion joint offers cost-saving advantages by reducing the number and weight of pipe anchors and pipe guides required in piping system. It permits pipe to move in two or more planes simultaneously, providing more movement in less space and taking full advantage of available space. The ball expansion joints supplied by Shijiazhuang Metalsin can withstand heavy shock and vibration loads. It can absorb rotational movement along the joint axial as well as angular flex movement or torsional loads. Besides, ball expansion joints are designed to reduce the pressure thrust to minimum with low-maintenance requirement.

To order a ball expansion joint from us, appreciate if you could please provide some necessary engineering information: (1) pipe size; (2) end preparation; (3) pressure rating and temperature; (4) fluid medium in the piping; (5) packing requirements; (6) whether to use packing injection cylinder, or other custom-design requirements.