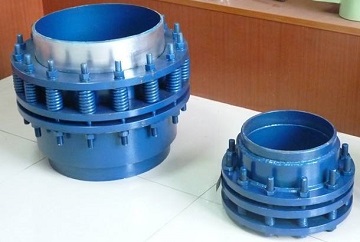 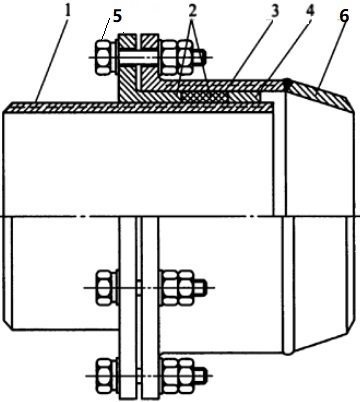 The rotary sleeve can rotate freely along its longitudinal axis. The packing is stuffed in the space between the rotary sleeve and the body, tightened by the retainer, gland flange and its bolting. Springs may be incorporated into the bolting to ensure a tight loading. The rotary expansion joints can be simply classified as straight type or reducing type according to how its butt welding end transitions to the piping diameter from body diameter. Rotary expansion joints supplied by Shijiazhuang Metalsin have the following advantages: maintenance-free with a 6-year warranty, no pressure thrust, no water hammer, self-pressurized sealing. 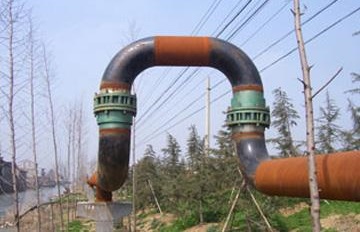 A pair of rotary expansion joints used in piping application.