What is the ball valve?

Ball valve is a kind of plug valve with a ball-shaped closure element. It can control the flow through it by using a hollow,  perforated and pivoting ball. It is open when the ball’s hole is in line with the flow and closed when it is pivoted 90-degrees by the valve handle. The handle lies flat in alignment with the flow when open, and is perpendicular to it when closed, making for easy visual confirmation of the valve’s status.

Ball valve can also be classified according to structure of the ball: The ball that floats is a floating ball valve, under the action of the medium pressure, the ball can produce a certain displacement and press on the sealing surface at the outlet end to ensure the outlet end seal; The ball that elastic is flexible ball valve, ball and seat sealing ring are made of metal materials, sealing pressure is very high, depending on the pressure of the medium itself has reached the requirements of sealing, must apply external force, this ball valve is suitable for high temperature and high pressure media; The ball  that trunnion mounted is trunnion mounted ball valve, after compression does not produce movement, this valve has been widespread in severe service applications where pipeline flow may contain solids and harsh corrosives, operating at elevated temperatures and high pressures. 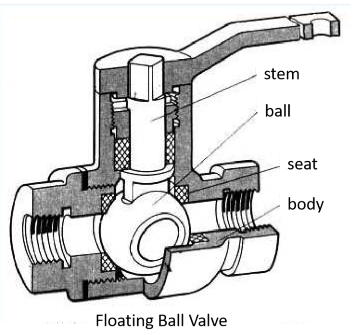 Ball valves classification according to the assembly structure, it can be divided in three commonly used designs: one-piece, two-piece and three-piece housings. The difference is how the ball valve is assembled: 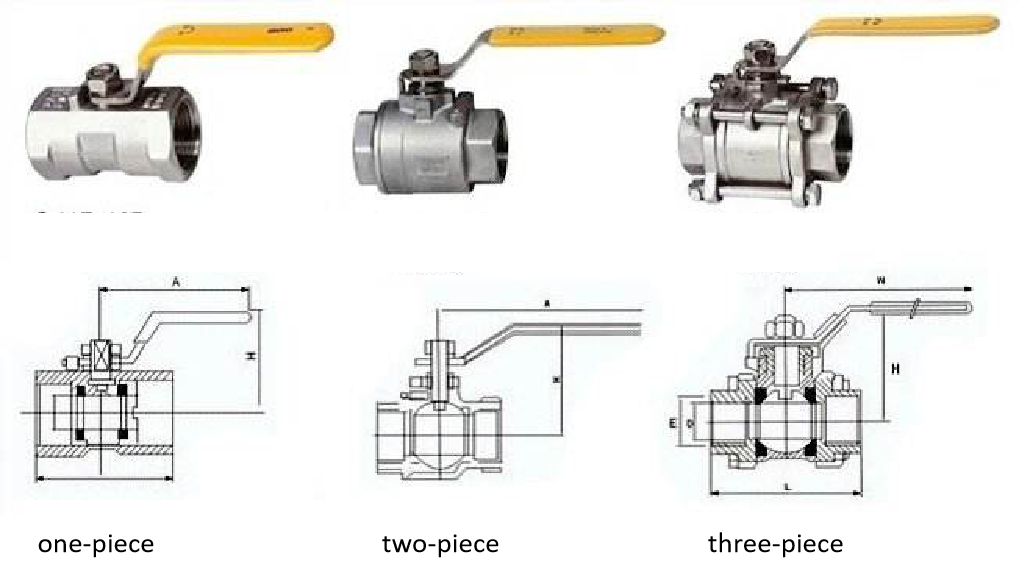 Ball valves classification according to the hole of the ball, such as  reduced bore, full bore, and V-shaped.

Ball valve can also be classified according to different number of ports. The valve may have two, three and four ports (2 way, 3 way or 4 way). The most of ball valves have two ports. The 3 way valves are designed to floating type and can be further categorized as L port and T port depending on the allowable flow directions passing through the passage. In the image below, you can see the different flows clearly.