Once upon piping movements

When the piping is constructed or installed, usually no movement is favorable since it would induce excessive stress in normal piping arrangements. However, thermal and mechanical movements, caused by various internal and/ or external factors, are generally inevitable in any piping system. The possible piping movements include axial compression/ contraction, axial extension/ expansion, lateral deflection, angular movement, torsional movement, as well as vibration, etc. Among all piping movements, thermal expansion and contraction are more prevalent. In piping design, elbows, bends and piping loops normally provide adequate flexibility for piping thermal expansion and contraction as illustrated in Figure-1 and Figure-2. 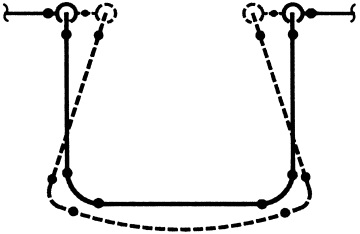 Figure-2: thermal expansion will cause the two ends of the pipe to grow toward one another resulting in the distortion of the piping loop, whereupon the expansion of pipe is absorbed.

However, in some cases this flexibility may not be adequate. Moreover, there might not be enough space for the piping loop layout. As a solution, a flexible piping component may be used to absorb relative piping movements. This component is defined as “expansion joint“, also known as “piping compensator“. The expansion joints can be jointed to the line by direct butt welding or flange connection. 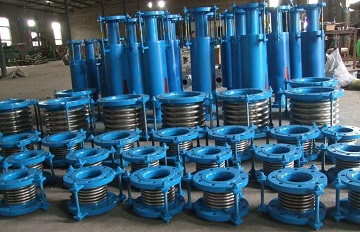 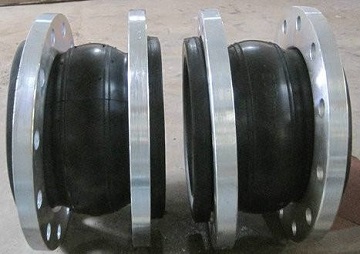 To apply an expansion joint (or piping compensator) in a piping system, one shall not only know the dimensional and engineering data concerning the joint type but also shall have clear knowledge of installation layouts, locations, movements, forces, stresses, moments, cycle-life expectancy, and effects of corrosion, erosion, and testing.

Materials and applications of expansion joints