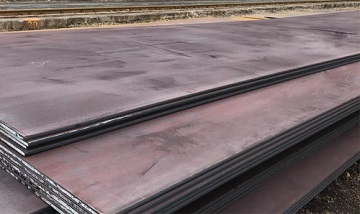 The C-0.5Mo alloy steels refer to a series of carbon-molybdenum low alloy steel grades that contains 0.5% (nominal composition) of molybdenum alloying element. The C-0.5Mo steels are mainly intended for elevated-temperature service, and the carbon content is usually limited to 0.20%; in some classes of tubing for boilers, however, carbon may be as high as 0.35%. The molybdenum addition in amounts of 0.5% increases the resistance of the ferritic steels to deformation at elevated temperature hence improves the creep strength.

The carbon and molybdenum atoms in the C-0.5Mo steel act as interstitial and substitutional solutes respectively during the solid solution process and together contributes to substantial enhancement of creep strength. It is also known as interaction solid-solution strengthening. Meanwhile fine precipitates of Mo2C and Mo2N formed may significantly strengthen the carbon-molybdenum steel. This is known as precipitation strengthening.

When used in petrochemical operations for continuous service, the suggested maximum temperature based on creep rate of C-0.5Mo steel is 510°C [950°F], while the suggested maximum temperature based on rupture of C-0.5Mo steel is 595°C [1100°F]. Although both Section I and Section VIII of the ASME Boiler & Pressure Vessel Code have defined allowable stresses for C-0.5Mo steel up to 538°C [1000°C], it shall be used for piping and superheater tubes operating at metal temperatures no higher than 455°C [850°F]. Above this temperature, spheroidization and graphitization may increase the possibility of failure in service.