GET A QUOTE
 » Technical » The Heat-Resistant Chromium-Molybdenum Alloy Steels

The heat resistant chromium-molybdenum alloy steels refer to a series of ferritic alloy steels that feature deliberate addition of chromium and molybdenum alloying elements. It usually contains 0.5% to 9% Cr and 0.5% to 1.0% Mo, which in combination impart improved creep strength and corrosion resistance at elevated temperatures to the alloy steels. This is the reason why it is called “heat resistant”. The Cr-Mo alloy steels are widely used in oil refineries, chemical industries, and fossil-fired power plants for piping, heat exchangers, superheater tubes, valves, bolting, gas turbine parts, steam turbine rotors and pressure vessels. 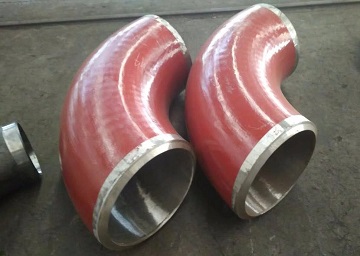 The three general types of heat resistant (creep resistant) Cr-Mo alloy steels: common Cr-Mo steels, Cr-Mo-V steels, and modified Cr-Mo steels. Common Cr-Mo steels are used primarily for tube, pipe, and pressure vessels, where the allowable stresses may permit creep deformation up to about 5% over the life of the component. The Cr-Mo-V steels provide higher creep strengths and are used for high-temperature bolts, compressor wheels, or steam turbine rotors, where allowable stresses may require deformations less than 1% over the life of the component. The modified Cr-Mo steels contain various microalloying elements such as vanadium, niobium, titanium, and boron. As a result, the modified Cr-Mo steels can be used at higher temperatures, with improved strength, hardenability and better resistance to hydrogen attack.

The chromium-molybdenum steels are generally supplied in the normalized and tempered, quenched and tempered, or annealed condition. As a result of the cooling rates employed in these treatments, the microstructures of chromium-molybdenum steels may vary from ferrite-pearlite aggregates to ferrite-bainite aggregates. Bainite microstructures have better creep resistance under high-stress, short-time conditions but degrade more rapidly at high temperatures than pearlitic structures. As a result, ferrite-pearlite material has better intermediate-term, low-stress creep resistance. Because both microstructures will eventually spheroidize, it is expected that over long service lives the two microstructures will converge to similar creep strengths.

The most important characteristic of the heat-resistant Cr-Mo steel is its creep strength at elevated temperatures. The creep strength is derived mainly from two sources: solid-solution strengthening of the matrix ferrite by carbon, molybdenum, and chromium; and precipitation hardening by carbides. The stability of the carbides increases in the following order of alloying elements: chromium, molybdenum, vanadium, and niobium. Fine and closely dispersed precipitates of NbC and VC are thus desirable, followed by the other carbides. Creep strength generally, but not always, increases with higher amounts of molybdenum and chromium.